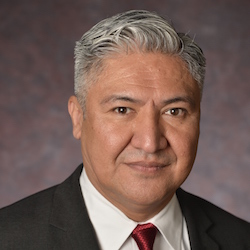 Email:  This email address is being protected from spambots. You need JavaScript enabled to view it.

Ben. Sifuentes-Jáuregui's research interests include Latino/a Literature and Culture, XXth-Century Latin American Literature and Cultural Studies, gender theory and sexuality studies, and psychoanalysis. He is author of Transvestism, Masculinity, and Latin American Literature (Palgrave, 2002), and The Avowal of Difference: Queer Latino American Narratives (SUNY Press, 2014). He has also published articles on sexuality, queer identities in Latino/a America, and melodrama.
Prof. Sifuentes-Jáuregui teaches a variety of undergraduate courses on Latin American and U.S. Latino/a literature, film, performance theory, and cultural practices. His graduate seminars include topics such as interrogating critical concepts in gender and queer theory as they relate to a broader American context; melodrama as hegemonic discourse in Latin American cultures; deconstruction and master narratives; representations of race, sexuality and gender in the cultural production of the nation; also, U.S. Latino/a identities and postcolonial theory.
His next two research project deals with the relationship between of melodrama and masochism in a series of Latino American novels, performances, films, and essays, as well as another project on the intersection between Latino literature and psychoanalysis.