The Twin Towers still stand in our memory 18 years later 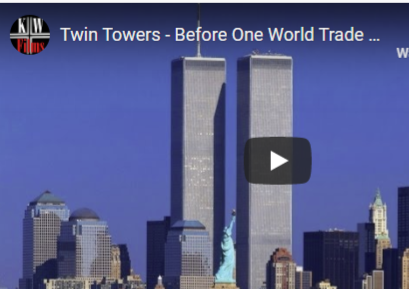 So here we are at the 18th anniversary of the attacks of 9/11 and the destruction of the Twin Towers of the World Trade Center. There is the obvious question: why did the terrorists attack this particular landmark?

Today, the Twin Towers stand only in our memory, an image that calls to mind sorrow and loss. But during the years that they straddled the skyline, the towers meant many things to many people. On the most basic level, the towers could have been taken to symbolize the Manhattan skyline or the City of New York.

However, for nearly everyone at home and abroad, the Twin Towers symbolized something much large than the aesthetics of a single city. The building represented American engineering know-how. It showed America reaching for the sky. It stood for American capitalism and, with time, for America itself. Indeed, that is the reason it was chosen as a target by the terrorists. Terrorism is a weapon used by the weak against the strong. Because the terrorists were not powerful enough to destroy America, they had to destroy instead an important symbol of America.