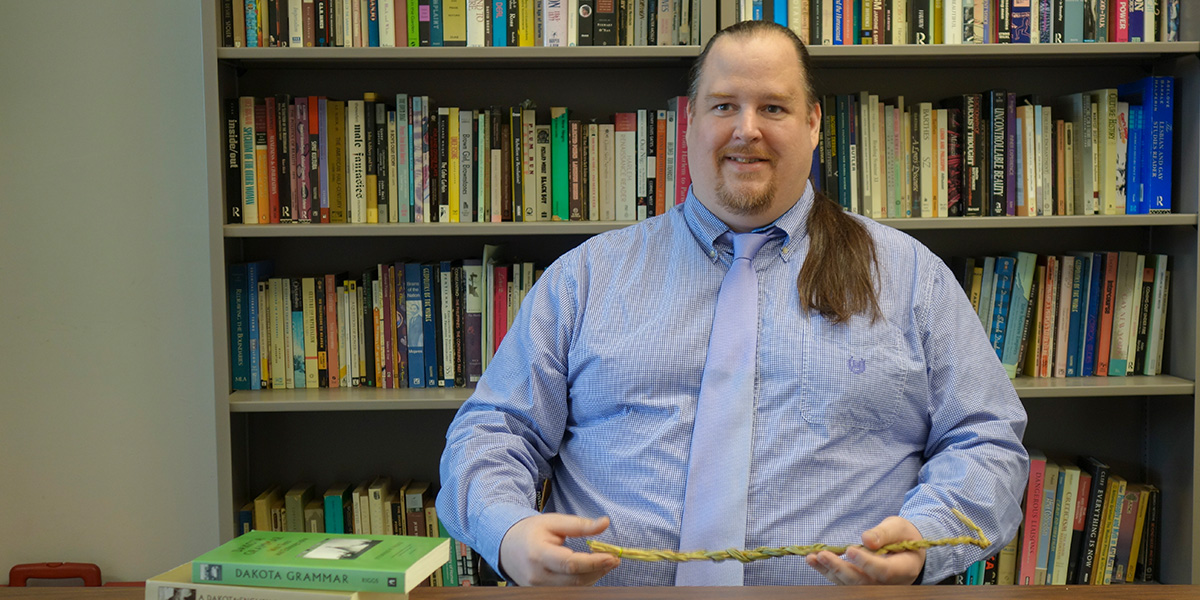 Jameson “Jimmy” Sweet, the first Native American professor in the Department of American Studies at Rutgers University, had initially set out to become an architect.

“That was my dream when I was in high school,” says Sweet, who joined the School of Arts and Sciences faculty in 2018. “It didn’t occur to me at that age that I could make history or American studies or anything like that into a career.”

But he was always passionate about researching his family’s roots in the Dakota and Lakota tribes of the upper Midwest. He learned how his maternal grandmother had grown up on the Rosebud Indian Reservation in South Dakota, speaking Lakota as a first language. The family, which made its living running cattle, left the reservation for Traverse City, Mich. during the Great Depression after grasshoppers had laid waste to the grazing lands.

“I’d trace back my family’s history and see ‘oh, they were involved in this, or they were influenced by that,’’’ says Sweet, who spent most of his childhood in Michigan. “That was how I got into history.”