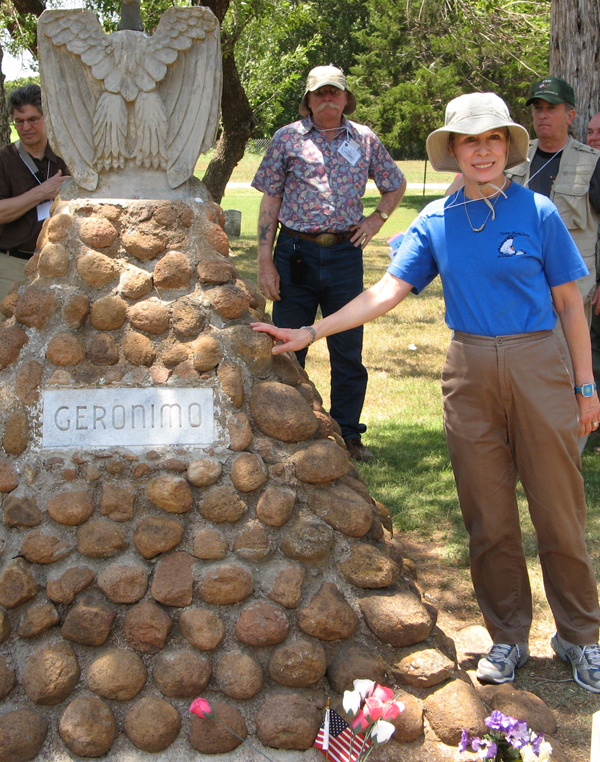 Louise Barnett, a long-time member of the Rutgers faculty and American Studies department, passed away in September. I wanted to share a few memories from those of us who were lucky to know Louise’s scholarship, respect her as a colleague, and consider her a friend. With a heavy heart…. –Jeff Decker (Chair)

“Louise came to Rutgers about the same time I did, around 1970. The colleges were alive then and Louise was a Douglass College faculty member I enjoyed so very much--her kindness and honesty. We were friends. So you can imagine my pleasure when, after the colleges were done away with and departments centralized, Louise, who was then in the English Department on the College Avenue Campus, asked if she could transfer to American Studies. We were delighted that English, reluctantly, allowed her to leave and welcomed her with open arms in American Studies.” –Michael Rockland

“An incredible woman: a generous scholar and teacher, and an avid runner. What a delightful office mate! For years, I looked forward to coming in with Louise just across the hall ready to welcome me with the latest news, professional wisdom, and her fabulous sense of style. I miss our informal chats in her office or mine about recent scholarship, news about our other shared department (English), her summer at Berkeley, or simply how nice the weekend was. Even after retirement, she would reach out and check in. During the lockdown months, she would call to see how my writing was going and offered to read drafts since her own son was going through the same process. I am so grateful for Louise's kindness and guidance from the very beginning. I miss her. She has left a beautiful mark in this world.” –Allan Isaac

“Louise Barnett was a remarkable woman who avoided the well-trodden scholarly paths in favor of more imaginative excursions of her own. She was a talented teacher who induced her students to recognize academic interests they never knew they had. She was rigorous and demanding but generous in devoting time and energy to making her students understand and appreciate the most difficult and complex subjects. Louise also was a generous colleague, offering incisive criticism of a wide variety of scholarly projects as well as casual conversation that illuminated our scholarly and political universe and gave us hope for improvement when logically that hope seemed ill founded and unlikely.

Louise was cosmopolitan and had a strong interest in Italian history and culture. She championed foreign travel and wanted students to be aware of the strengths and riches of cultures other than their own. However, she also wanted students and her readers to be aware of the complexities of American history, the prejudice against blacks and Native Americans that left a legacy of atrocity including genocide at home and the My Lai Massacre abroad that deserve public acknowledgment and understanding. She viewed the world in political terms, but that view did not leave her cynical because she retained a belief in redemption. May Louise Barnett’s legacy be one of curiosity, intellectual engagement, and redemptive knowledge.” –Leslie Fishben

We had so many interests in common—from anything Italian (food, Fellini, clothes) to politics (she was learning Spanish so that she could help sign up voters in Texas) to all sorts of fun gossip. Louise was a kind friend and a generous colleague. When I was chair and afterwards, we would have long conversations over our brown bag lunches about a host of things, in particular the humanities and burgeoning disciplines. She cared deeply about our department, and she especially cared about the upcoming generation of scholars who joined our ranks. She truly promoted new ideas, and wanted us to bring in energetic faculty who did new things, engaged in new approaches, and broadened our discipline.

I know that we all will miss her intellect, her cheer and laughter—and that we love her well.” –Ben Sifuentes

“Louise and I bonded over our mutual interests in the nineteenth century. As everyone has noted, she was warm, generous, friendly, and supportive. It is worth saying as well that she was an inventive and pathbreaking scholar. Her book on Custer was a landmark study that probed the question of historical memory long before doing so became a trend. Another important book was her work on an infamous army incest trial. She had been working on a book about famous marriages. Some you may recall the lively seminar we had when she presented one of the chapters to the department. She was devoted to teaching the American West and was delighted to see in retirement that the department continued to offer the course. I last heard from her when I became chair. She was just back from the Galapagos and wrote to say how warm it made her feel to look at our website and see all the changes since her retirement.” –Lou Masur

“When I arrived at Rutgers in 2010, one of the first and most important things I learned is that Louise's door was always open. Whether it was discussing the state of the office fridge in 205, or whether John Wayne knew that he was cast in a villainous role in The Searchers, no topic was too big or small to discuss. She cared deeply about Rutgers in the purest sense: she knew she had amazing students to work with and wanted to do everything she could to ensure that they excelled. Had she been a man, she would have no doubt received far more credit for her scholarship, which was always innovative and interdisciplinary, and never outdated. She was a great mentor and model.” –Andy Urban

“This is such incredibly sad news. When I was a new hire in the department 10 years ago, Louise welcomed me with open arms, offered thoughtful and sage advice, and let me know I could ask her anything. She produced brilliant scholarship and was always curious about new work in our field.  I was always happy to see her when I came into the office, and my goodness, she had the best clothes and her office was so beautifully decorated! I remember that was forever complimenting her on the outfits and jewelry, LOL. I cherish her memory and will miss her.” –Sylvia Chan-Malik